How to Create Competitive Advantage with PR

When it comes to marketing, the spotlight usually shines on advertising. Television, radio print and digital ads show off your product or service. They broadcast your slogan. They share your customer testimonials and they promote your sales.

Yet despite all of the wonderful things advertising can do to help you get customers and increase your sales, it is costly. Moreover, advertising is limited in its reach, frequency and message to your audience.

Public relations (PR) may not appear as “sexy” as advertising, but it can be the most effective marketing strategy for fulfilling your customer and sales objectives.

Unlike advertising, with which you must pay for each exposure to gain a short term return, public relations can reap short and long term results.

A strong public relations campaign does not need to cost as much as advertising, yet it can bring you a very high return on investment. The key is to develop a viable public relations strategy to create a competitive advantage.

What is Public Relations?

Generally there are four core components of a viable public relations strategy. These include press releases, press release distribution, a media kit, an online newsroom and events.

Press Releases: Decide on Your Message Early
A good PR campaign begins with a bold story that moves your audience. People love stories, and your company may have many stories that can enchant your audience and get them to favor your products and services. The more creative and unique your story, the more likely it will catch the interest of the media.

Journalists are always looking for an exciting story to report, so when you have a bold story, you’ll have a plethora of journalists to publicize this story in many ways to your target audience. A newsworthy story may include:

Contrary to the belief of some executives, sales events are not something the media favors as news stories. The exceptions are if you are a retailer or your event is around the holiday season.

To create a quality press release, you’ll need the services of a professional copywriter or publicist. The bottom line is the better your copy, the better your chance it will gain interest among the media.

Press Release Distribution
When it comes to press release distribution you should publicize your news wherever your target audience will show up. Your audience can show up at trade shows, events, online, watching television, listening to the radio or reading a newspaper, magazine or industry journal.

To get your news broadcast you must first start by sending your press release to the media. The key is to select your target media. There are thousands of media outlets, so the more you define your target, the less expensive it will be to reach your audience.

Media Kit
You’ll need a media kit if you are going to have a successful public relations campaign. That’s because the various media professionals will seek for it on your website or ask for it.

A media kit – sometimes called a press kit – is a collection of information about your business or organization. It can be between four and twelve pages. The information you present should be quick and easy to read. It should contain information you believe will provide the reader with the vital facts about your company including your customers, products, services and management team. Plus, share things unique to your company that can pique the interest of the reader.

You’ll need a good copywriter and a graphic designer to create a quality media kit. The kit can include illustrations, photographs and video. You should create a digital version that you can send by email and a print version you can distribute at trade shows and other events.

Events
Public relations events are what can really differentiate your company from your competitors. The purpose of these events is to create buzz about your products and services. These events can truly challenge your creativity. The payoff is the amount of publicity you can generate that in turn can lead to customers and sales.

Benefits of a Successful PR Campaign

Your company can enjoy a competitive advantage when you develop a viable public relations strategy. Some of the benefits you can reap include:

Most of all, you’ll gain a competitive advantage over rivals, especially those who are savvy about public relations.

Integrate both Online and Offline Channels

The most successful public relations campaigns combine both online and offline channels, according to B2B Marketing. More people today get their news from online sources than in years past. Nonetheless, traditional offline media is very effective in segmenting markets making it easier to pinpoint your target audience. You can also promote your website address and social media sites in your print distribution. One thing to look for in the future is mobile applications.

Coca Cola
Coca Cola created a public relations campaign in Belgium entitled “Unlock the 007 in You” to support its official sponsorship of the James Bond movie Skyfall. The campaign included an event at the Antwerp Central train station. Coca Cola placed a vending machine for Coke Zero at a strategic location in the train station promoting exclusive tickets to watch the premiere of Skyfall. The message on the machine told each customer they had 70 seconds to get to platform 6 to claim the tickets. They set up musicians performing the James Bond music and an array of obstacles to make it more challenging for each person to reach platform 6.

Coca Cola filmed some of their customers pursue their quest for tickets. They then promoted this video on their website, on YouTube and through social media. It was a win-win publicity event that increased sales for both Coke Zero and Skyfall. You can see one of the videos below:

The campaign involved getting top fashion industry leaders and fashion editors to become brand ambassadors. Lenscrafters created its own fashion show for eyewear in downtown Manhattan. They staged vignettes and set up a transformation station at the event. They invited select editors from various fashion magazines to attend. They encouraged the editors to try on various styles of eyewear and choose the pair that suited their personal styles.

Following the event, Lenscrafters had coverage all year long in major publications that included Woman’s Day, Elle, Cosmopolitan.com, Glamour, and more. In one year the campaign achieved the company objective to become a leader in stylish eyewear.

Breeders’ Cup
In 2010 Breeders’ Cup launched a public relations campaign to boost attendance at its horse racing events. In past years they had a drop in attendance. They decided to create their campaign around a story about Zenyatta, an undefeated female horse who people knew for her come-from-behind wins. They also created a Twitter handle for Zenyatta to quickly share and promote her story and updates. Plus, they created a YouTube channel that contained race footage.

The big idea behind this campaign was to combine footage of Secretariat – the last Triple Crown winner – and Zenyatta in the same video. They wanted to make it appear that Zenyatta was the next Secretariat.

At your next management meeting, make it a priority to discuss your public relations plan. If you do not have one, then now is the time to start one. If you do have one, then look for ways to improve it. No matter what size your company is or the amount of money you have available in your budget, a viable public relations campaign can do wonders to help you achieve your sales and marketing goals. 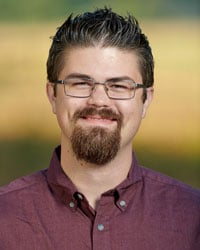 While Eric now focuses on internet marketing, he also has a background in web development. He loves being among the first to find out about new tech—and better yet, being a part of making that tech succeed. Eric is known to be a good listener, seeking to understand how each individual sees the world. He is a harmonizer in group settings, cultivating unity while constructing the overall goal and strategy. When he’s not busy helping i7 clients dominate the online marketplace, Eric enjoys drone videography (he’s got a UAV pilot’s license), woodworking, community service, and all things outdoors.

Your email address will not be published. Required fields are marked *